Cooktop not working or partially working

Most often, owners are faced with a situation when the hob does not work or one of the burners does not heat up when the power is connected.

So, among the main breakdowns, the following are most common:

A fuse blows out as a result of a power surge. Replacement is not difficult, besides, the cost of the fuse is scanty. To protect the equipment from such a malfunction, it is recommended to install a network surge protection device.

The burner does not work (one or several at once). Most likely there was an open circuit on the heating element. If this wiring is sealed off, DIY repair will not be difficult if you have a soldering iron. If the heating element burns out, it must be replaced with a new one. The heating element rang, but is it intact? Check the control unit, sometimes a contact break occurs on the switch, which needs to be either repaired or replaced. 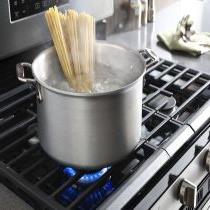 Check the voltage at the outlet, because this electrical point may have failed, as a result of which there is no power.

Carefully examine the cord and plug for mechanical damage. Sometimes this is the end of the repair - you just need to replace the electrical plug or cord.

Dismantle the hob from the worktop by disconnecting all the wires and unscrewing the fastening strips.

Using a multimeter, check the thermal fuse and transformer. If there is no resistance or differs from the nominal one, you need to replace the circuit elements with new ones.

Check all the wire connections (on the control unit, switches, thermostat, burners) and make sure that there is no trivial open circuit. First, try to visually find the malfunction, and then use a multimeter to ring all sections of the circuit according to the diagram.

The sensor does not work. First, as in the previous cases, ring the sensor. If you cannot find the banal cause of the malfunction, you will have to either replace the touch panel or hand it over for repair.

Usually, failure of this circuit element is extremely rare and is caused by improper operation of equipment. If you find that the sensor does not turn on after washing, it means that the control unit is simply burned out from the saline solution, which is recommended to wash the surface by some would-be advisers on the forums.

Does not heat up or heats up weakly. Again, ring the heating element, thermostat, temperature controller. The opposite situation may arise when the electric hob gets very hot and does not turn off. In this case, with a probability of 95%, we can say that the cause of overheating is the failure of the thermostat, which does not turn off the power when the burners are sufficiently heated.

The thermostat is not repaired, so it needs to be replaced.

Cracked surface. The rarest of cases that can happen with a glass-ceramic hob.

If you saw that a cobweb of cracks has formed on the surface, and at the same time you are 100% sure that no one from the family has dropped heavy dishes on it, the reasons may be two.

The first option is a marriage from the manufacturer, sometimes it happens, as we saw from one of the reviews on the Internet, which said that the Ariston electric hob cracked by itself and the victim was replaced with a new one under warranty.

However, another explanation of the malfunction is more common - improper operation, which is described in detail in the instructions for the technique.

In the latter case, repairing the hob will be expensive and only through your fault. If you need help with home cooktop repair, call us right now!